Started by Fantasy Review Barn, now run by Fantasy Faction.  Tough Traveling is back my friends!  Yes, the best fantasy specific meme around is finally up and running again.  So join us every week as we tour the fantasy genre. From high to low, from classics to new releases, from epic to urban; each month, we will guide you in search of a different trope, theme or cliché.  For a history of what came before check the tag above.

This weeks topic is Assassins:

Assassins are ubiquitous throughout fantasyland. Sharp-eyed readers (or even blunt-eyed ones) will notice that their hooded forms often adorn book covers, and that they frequently appear – rather improbably – not to mind being the sole focus of our attention. Whether they’re spotlight hogs or camera-shy and brooding, most assassins will have trained for years and are very, VERY good at their job (i.e. killing people for money). 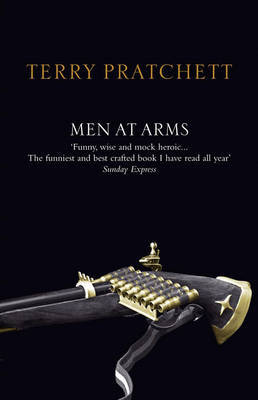 The Assassins Guild – Diskworld by Terry Pratchett – That’s right, an entire guild with the topic right in their name. Also fits the requisite Discworld reference. Their motto says it all; Nil Mortifi Sine Lucre (No killing without payment). Just look for the dark and sinister building; it belongs to the Fool’s guild. The Assassins are housed in the much nicer building near by.

Mark Vorkosigan – Brothers in Arms by Lois McMaster Bujold – I assume that spoilers for most of the Vorkosigan series are fair game by now? Mark is an illegal clone of Miles Vorkosigan and was built and trained to be the perfect doppelganger. Unfortunately for Mark this means a life of hell due to Miles’ brittleness from a nerve toxin that destroyed his skeleton in utero. So if Miles breaks a bone or has a painful surgery guess who has to have the same to fool medical scans?

Brother of Arms may have been the point where the Vorkosigan series went from entertaining to must read. Mark is a very unique character who becomes very engaging as the series progresses. And interestingly his assassin training never stops being important long after it is no longer his only purpose.

Expanded Universe was jettisoned. But if there is any single character who should be brough back it is Mara Jade; one of THE BEST Star War’s characters in book or movie. Trained by the Emperor himself to be a perfect killer and binded by his dying wish to kill Luke Skywalker, she was just as important to the trilogy that launched the EU as the series namesake was.

Sure, Kevin J Anderson did everything he could to marginalize her into nothing more than a prize for Lando when he got a hold of this marvelous creation; which did hurt her long term viability. But when Zahn got his character back he was able to rebuild her image just in time for the Vong invasion that really turned the universe around.

Everyone in Best Served Cold by Joe Ambercrombie – Because the entire book is a revenge plot involving multiple assassinations. Well, except Monza, because she is the one bankrolling the assassins.

I don’t really need to say anything, Gaiman took care of it in the above quote. Neverwhere isn’t my favorite book but Croup and Vandemar are some of my favorite characters of all time. As are the various characters they seemed to inspire; Tulip and Pin and the Domino Men coming first to mind. 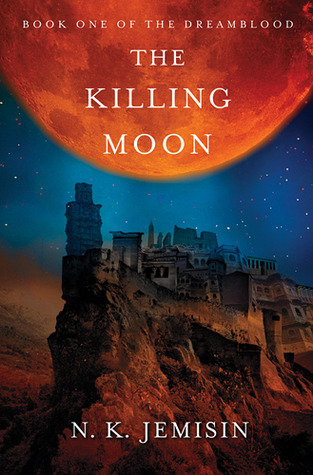 Anton Chigurh – No Country for Old Men by Cormac McCarthy – Smart as hell and completely lacking in empathy. Pure assassin. Not really fantasy (though I maintain that Blood Meridian by the same author absolutely is) but most definitely an assassin..

The Gatherers – Dreamblood Duology by N. K. Jemisin – I am not sure that I realized at first that the Gatherers were state sponsored assassins but that is what they are. Plus a kind of dream vampire. But to explain it further would be hard; partially because it has been a few years since I read the books. But if you have not read the books yet, why not? No seriously, why not? I told you too years ago. I assumed you were paying attention…

Thank you for joining me.  Please remember to check out all the other travelers and we will see you next month.